In the summer of 1974, Pete and Lynne Ciaramita decided to pursue their passion in pharmaceutical care that focused on individual patient needs. Partnering with Vernon and Darlene Haag, the couples purchased Crown Drug, located next to what is now the Racine Art Museum, formerly M&I Bank. They renamed the drug store to Haag’s Lakeview Pharmacy and remained there for three years. In 1977 the pharmacy moved into the former Hoffman Furniture Building at 424 Main Street.

They continued to grow and in 1985 expanded to provide care for assisted living homes. Starting with 55 residents, the pharmacy built upon its dream, and now cares for nearly 1,000 patients at over 140 assisted living facilities.

From Roots to Ruins

In March of 1987, Pete and Lynne branched out on their own and bought out the partnership from the Haags. Three years later they purchased the building at 424 Main Street. With a beautiful view of Lake Michigan, they renamed their dream to Lakeview Pharmacy. To accommodate for their Long Term Care expansion and be environmentally green, Lakeview Pharmacy converted the building from oil to gas heat in 1991.

The call came at exactly 11 A.M. on March 8, 1991. There was no visible smoke at 424 Main St. at first, but after six hours of flame-blazing battles from almost every fire truck in the city, Lakeview Pharmacy burned to the ground. Unfortunately, the hired contractors had inadvertently started the fire on the third floor and tried to put it out themselves, to no avail. Watching washed-up bits of his building flow north on Main Street toward the Root River, Pete held his head up high, thankful that no one was seriously injured. With a hopeful heart, Pete told the fireman that he could remain caring for his patients if they could retrieve his backup disk to the computer system from the safe.

In a time of need, caring neighbors quickly welcomed Lakeview Pharmacy into the Doering Jewelry building a few doors down for temporary quarters. M&I Bank offered a safe to store all the inventory and the computer backup disc and medications were sent to Pete’s home so he could continue to provide care. By Fall of 1991 Lakeview Pharmacy relocated one block south to their current location, 516 Monument Square, the former Joseph Lawrence Clothiers. Today, the store offers a retail, long-term care and compounding pharmacy and continues to serve more and more of the community. 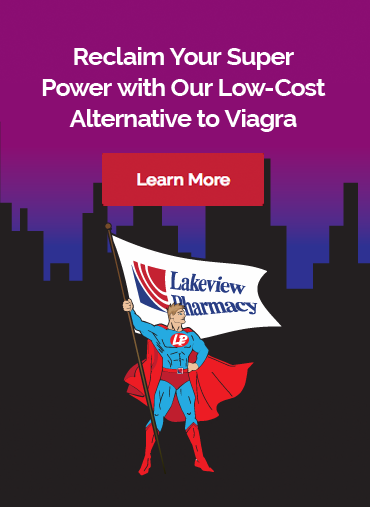